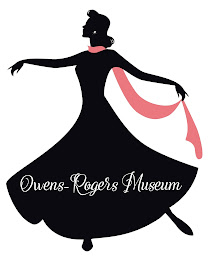 The Owens-Rogers Museum is now available as a temporary exhibit in existing museums, or as a traveling exhibition. Marge Padgitt, the museum director, is available to do online and in-person presentations.

Ginger Rogers made 73 films and multiple TV and radio shows throughout her lifetime. She made 10 films with Fred Astaire, in which they were both featured dancing and singing.

Lela Rogers, Ginger's mother, was one of the first 10 female Marines in WWI, a hollywood script writer and producer. She also played Ginger's Mother in the movie The Major and the Minor.

The house where Ginger was born in Independence, Missouri was re-imagined as a museum but had to close due to the pandemic. It is now owned by a fan of Ginger Rogers. 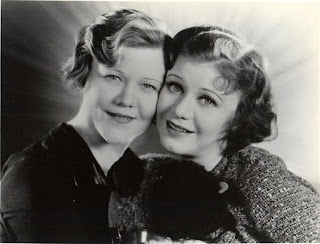 The exhibit displays include items owned by Ginger and Lela Rogers which include dresses, gowns, shoes, purses, and a tennis racket that Ginger won from a pro tennis player during a match. It also includes a large quantity of memorabilia including dolls, magazines, trading cards, and photos as well as Ginger Rogers' genealogy.

Posted by Marge Padgitt at 9:33 AM No comments:

The new owners of 100 W. Moore street in Independence, Missouri are huge Ginger Rogers fans. They were thrilled to purchase the property. 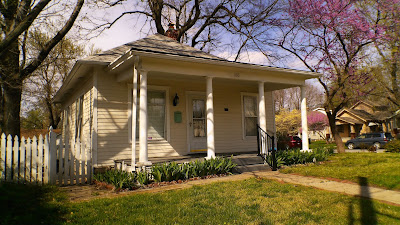 Three Trails Cottages, LLC purchased the house in February of 2016, then spent 2 1/2 years doing renovation work. The 1906 Craftsman Bungalow needed extensive repairs before opening as a museum in August of 2018. The public enjoyed the museum very much. However, due to the lack of adequate revenue to keep the museum going, we had no choice but to sell the property.  We did have 3-D photography done by a professional and are putting together a virtual museum tour, which should be complete by September.

We are also putting together a traveling museum exhibit. More on that later.

The new owners are happy to have the imprinted bricks on their property and promise to preserve them and the house for the future. They also agreed to let people take tours during future Ginger Rogers festivals in Independence. Hopefully, the pandemic will subside and we can make plans for 2021.

Marge Padgitt is the Director of the Owens-Rogers Virtual Museum and manager of Three Trails Cottages, LLC in Independence, Missouri. She is a writer and publisher.
Posted by Marge Padgitt at 3:00 PM No comments:

The house where Ginger Rogers was born is for sale

The two-bedroom, 1 ½ bath house at 100 W Moore Street, Independence, Missouri is where famous Hollywood actress Ginger Rogers was born. It is for sale by Three Trails Cottages, LLC. The house was purchased by the company in 2016 and fully restored by Gene Padgitt and HearthMasters, Inc.  It opened as a museum in August of 2018 and operated as such until the fall of 2019 when it closed for the season. Reopening has not been possible due to the Coronavirus situation and lack of public interest and support.

Three Trails Cottages, LLC restored this 1906 Craftsman Bungalow to as close to original as possible with period look kitchen and bath, period light fixtures, antique furniture and other items. The City approved this home for use as a short-term vacation rental and it is set up for a new owner to begin using it as a short or long-term rental, or to move in. Most of the furniture, including the beds and linens and a TV is included along with kitchen utensils, dishes, and pots and pans.

Extensive renovation was completed to the property including foundation repair, floor repair, woodwork repairs, painting inside and out, updated electrical, plumbing, and more. The original claw foot tub and corner sink remain. The kitchen features new 1940’s look appliances and a farm sink.

The museum related items which were donated, loaned, and purchased have been removed and stored for a new museum dedicated to Jackson County history.  Some of the 260 items include gowns worn by Ginger Rogers, her tennis racquet, a pair of shoes, and a key to the City of Independence which was presented to her by President Harry Truman in 1964. There are more items that were not on display due to lack of space.

The Local History Preservation Society has plans for a museum which would include famous people from the area including William Powell, Jean Harlow, Ed Asner, and others. The house was simply not big enough to display all the items acquired, and a larger space will work better. Bricks purchased by supporters will be moved to the new site which has not yet been determined. The LHPS is currently seeking a donated building in Jackson County.

Posted by MPadgitt at 2:56 PM No comments: 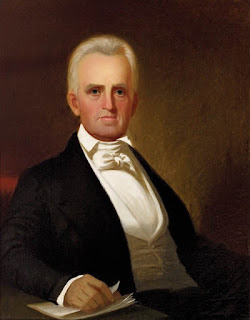 Sappington was a wealthy landowner, entrepreneur, and Doctor who moved to Missouri on the advice of his friend U.S. Senator and famous artist Thomas Hart Benton. Benton told Sappington that the Missouri Territory was an area where large pieces of land could be purchased at low prices from the U.S. government. 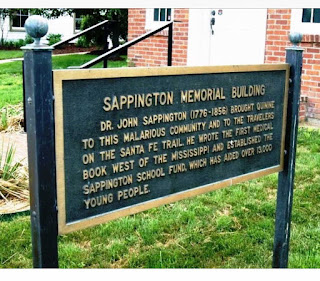 The Sappington family moved to a farm outside of Arrow Rock called the Boonslick region in 1819. Arrow Rock is located near the central part of Missouri near the Missouri River. His stores sold goods to travelers on the Santa Fe Trail. Sappington's enterprises included milling lumber, processing salt, loaning money, farming, importing goods and medicines, and practicing medicine. He began importing cinchona bark as early as 1820, but it was years later that he discovered its use against malarial fever, which was a major health problem along the Missouri River.

In 1832, using quinine taken from cinchona bark, Sappington developed a pill to cure a variety of fevers, such as scarlet fever, yellow fever, and influenza. He sold “Dr. Sappington's Anti-Fever Pills” across Missouri. Demand became so great that within three years Dr. Sappington founded a new company known as Sappington and Sons to sell his anti-fever pills nationwide. 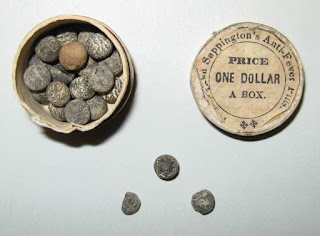 Interestingly, Hydroxychloroquine, a modified version of the drug, is now being used to treat people with Coronavirus. 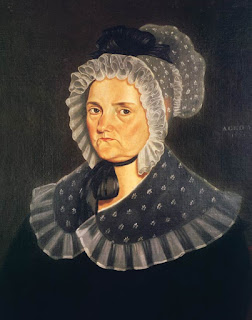 Dr. Sappington was the Great-Great Grandfather of Ginger Rogers on her father, William Eddings McMath's side. He was married to Jane Breathitt Sappington. Two of Sappington's sons-in-law served as governor of Missouri, largely due to Dr. Sappington's money and influence.

Note: Both paintings in this article were done by Thomas Hart Benton.

Sappington Museum Information: http://friendsofarrowrock.org/properties/
Posted by MPadgitt at 10:47 AM No comments:

Museum Closed due to Coronavirus

The Owens-Rogers House is closed until further notice due to the Coronavirus. Hopefully, we will reopen soon!
Posted by Marge Padgitt at 10:58 AM No comments:

The Owens-Rogers House Museum at 100 W Moore Street in Independence, Missouri will
open for the season on Wednesday, April 1, 2020. The hours are Wednesdays from 10:00 am to 6:00 pm. and by appointment for groups of 10 or more.

The home was the dwelling of Hollywood screenwriter Lela Owns-Rogers and is the birthplace of Hollywood star Ginger Rogers, who was born here on July 16, 1911. Special events are planned for Mother's Day week, Ginger Rogers' 109th birthday celebration in July, haunted tours in October during the City of Independence haunted sites tours, and other dates.

The home was recently converted to a combination museum and short-term vacation rental. It is open year-round for rent and sleeps up to four adults. The home has two bedrooms with one queen bed and one daybed with a trundle, one full bath with the original claw-foot tub, and a half-bath, laundry room, HD TV, free wifi
and a fully stocked kitchen with utensils, pots and pans and new 1940's style appliances.

Available days for rental are Friday through Monday weekly during the tourist season from April through September, and seven days a week the rest of the year. It is listed at airbnb.com and vrbo.com.

For more information visit www.owensrogersmuseum.com or contact the Museum Director Marge Padgitt or her staff at owensrogersmuseum@gmail.com or call 816-833-1602 Monday through Friday from 9:00 to 5:00 pm. 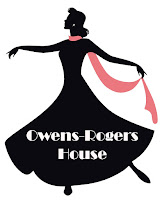 Posted by Marge Padgitt at 10:13 AM No comments:

A long-time friend of Ginger Rogers, Moe Resner, recently donated several items to the Owens-Rogers Museum in Independence, Missouri. Moe was a stand-up comedian, die-hard Cubs fan (even though he was from the Bronx) and fell in love with Ginger Rogers at age 11.  He met Ginger later in life when he was asked to take a photo of her while she was performing Hello Dolly! on Broadway. The two became fast friends for the next 30 years.

Moe contacted me by phone after finding out about the museum. He told me he had several items he wanted to donate including programs, copies of a fan newsletter, a book he co-wrote called The Chicago Cubs and Moe, and correspondence between him and Ginger.  I've started reading the book, and it is quite entertaining. 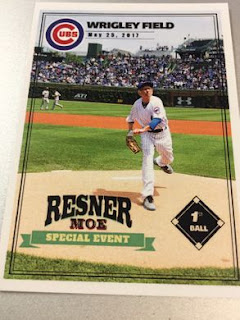 Moe is a member of the screen actors guild and is a speaker for business and baseball functions.
Here is a link to an article written in April of 2018 about Moe throwing out the first pitch at the Cubs game: https://www.knoxnews.com/story/sports/local/2018/04/11/chicago-cubs-tennessee-smokies-moe-resner/491031002/ 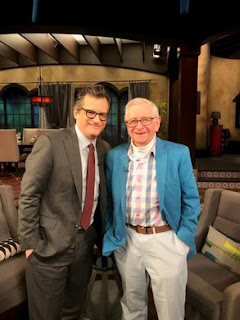 Moe appeared on TCM's 25th Anniversary Presentation before and after Kitty Foyle was aired. He sent us some collectible cards from that event. The video he sent to TCM is a part of this article: https://www.mycentraljersey.com/story/news/local/people/2019/04/06/moe-resner-edison-appear-april-19-turner-classic-movies/3346723002/

Thanks, Moe, for the wonderful story of your friendship with Ginger and the gifts to the museum for everyone to enjoy!

Marge Padgitt is the director of the Owens-Rogers Museum and the Local History Preservation Society. Contact her at owensrogersmuseum@gmail.com

Posted by Marge Padgitt at 11:27 AM No comments:

Due to the Coronavirus, the museum is closed until further notice. 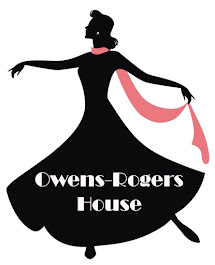 This working-class Craftsman Bungalow was built in 1906-1910 by Oscar Mindrup, a banker, city councilman, and real estate developer. Ginger Rogers was born in the house on July 16, 1911. The home has been fully restored and is now a museum open to the public seasonally from April through September. 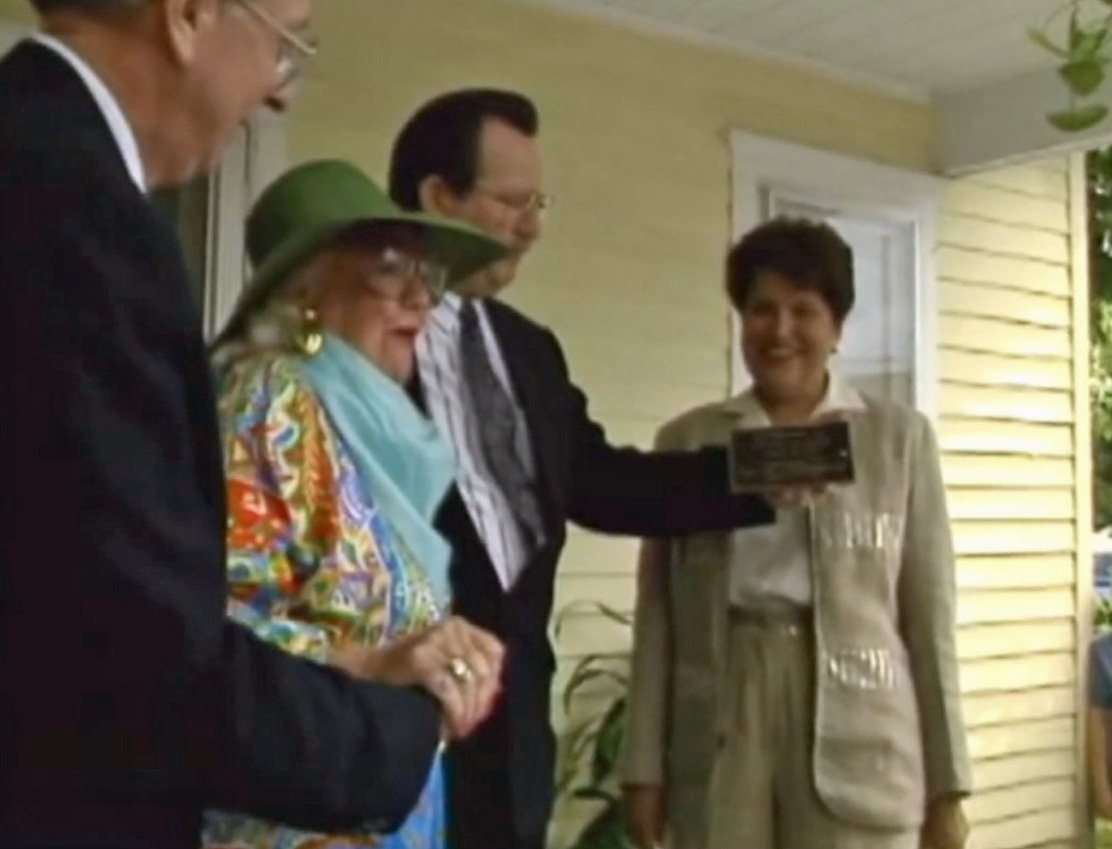 Ginger at the house 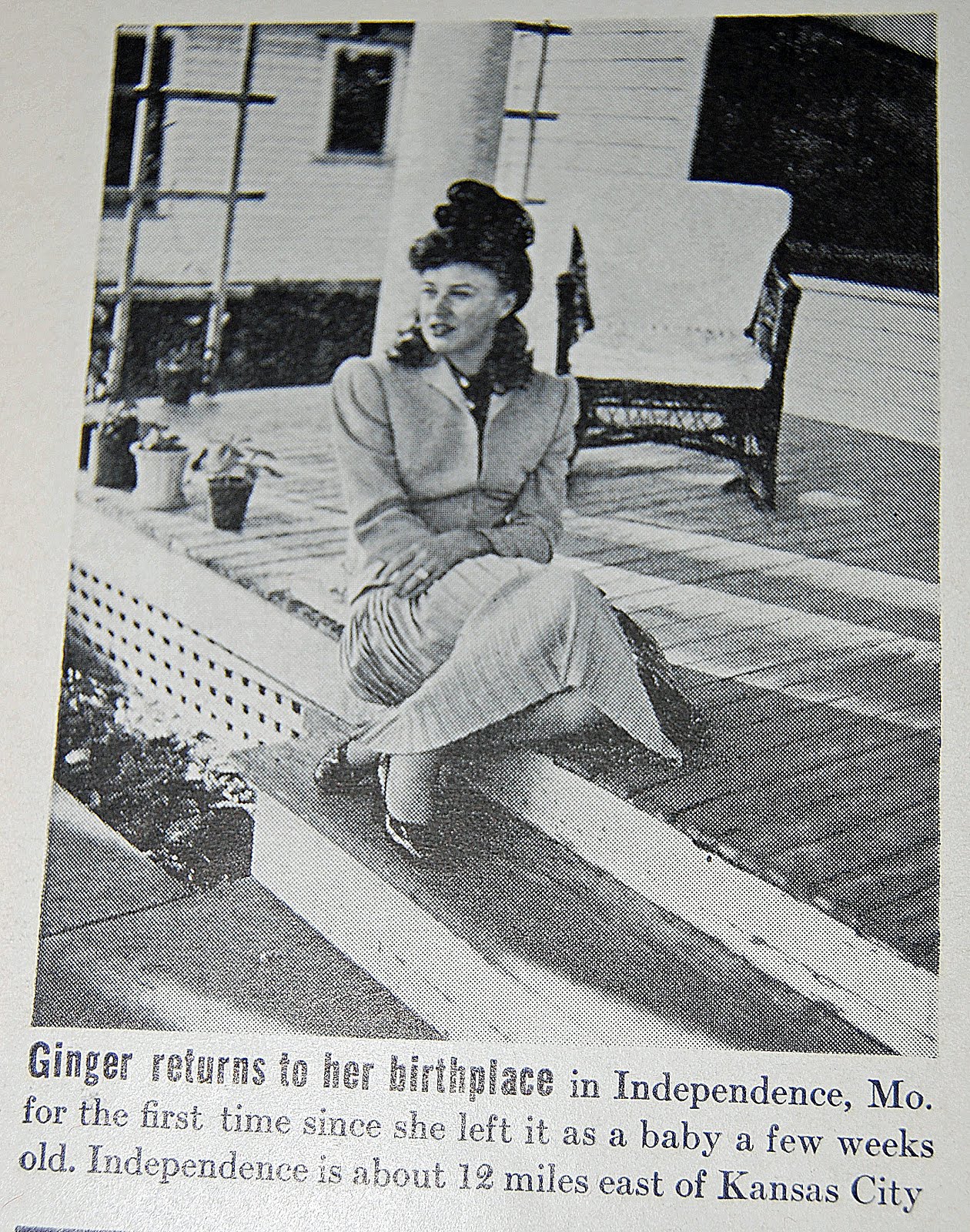 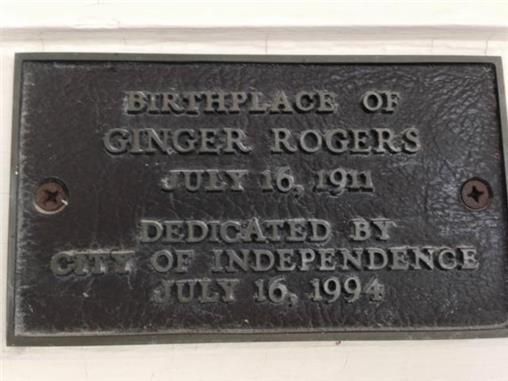